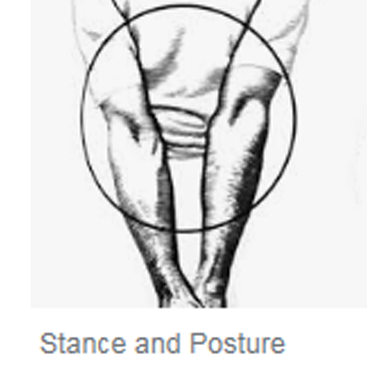 (But did he really play that way?) 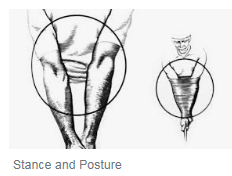 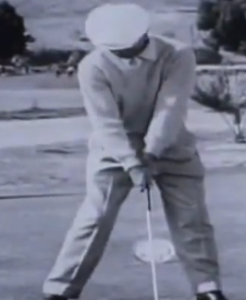 Picture from Hogan’s Book on the left, Hogan himself on the right.

What We Learned From Ben Hogan

Ben Hogan is considered by many to be THE greatest ball striker of all time, and he’s probably the only Great player that I never had a chance to see in person from the early 60’s on. I’ve also asked many of the Senior Tour Players I’ve worked with and who’ve played with Mr. Hogan, ‘If he really was ‘THAT’ good? So far, EVERY player I’ve asked has answered, ‘Yes, he was ‘THAT’ good!”

1) In describing the Address Position, he stated that the elbows should be very close together with the ‘pits’ facing upward; and he actually used an illustration of an elastic band to show this (above).

However, in reality, Hogan’s Right elbow in particular actually flared out somewhat (see the photo above).

2) Regarding the Sequence of the Golf Swing, he felt that the movements of the body parts were a chain reaction of: The Club head Moving First on the Backswing – then the Hands (this requires an early wrist set), then the Arms, Shoulders; THEN the reverse sequence happened on the downswing with the Hips leading – then the shoulders, then the Arms, Hands and club. That is Correct (called kinematic sequencing). 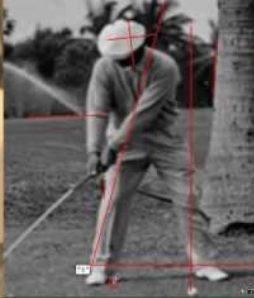 However, this is not what he actually did and as you can see, he actually started his swing by almost ‘dragging’ the hands and club back together – then cocking the wrists near the top of his swing; so much so that the club actually looked like it’s almost touching his neck! The point is that it certainly seems that he didn’t set his wrist early in his swing as implied – and rather cocked them very late near the top and creating the incredible lag that he had. 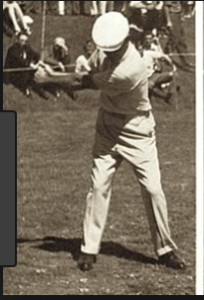 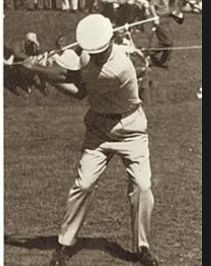 I can assure you that the point I’m trying to make is not whatsoever trying to diminish or demean Mr. Hogan’s book – and like I mentioned, the book is a classic, but rather to spread light on this discussion. I’ve been fortunate to have worked with a LOT of great players (predominantly the senior Tour Players), and I’ve always been surprised at how many of them Thought (?) they were doing things in their swings, that in reality weren’t doing.

When taking instruction, I highly recommend that you seek a teacher who uses video and understands the innuendos of it.