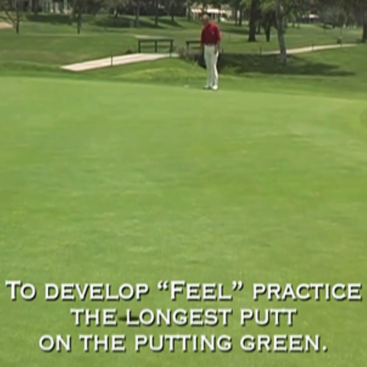 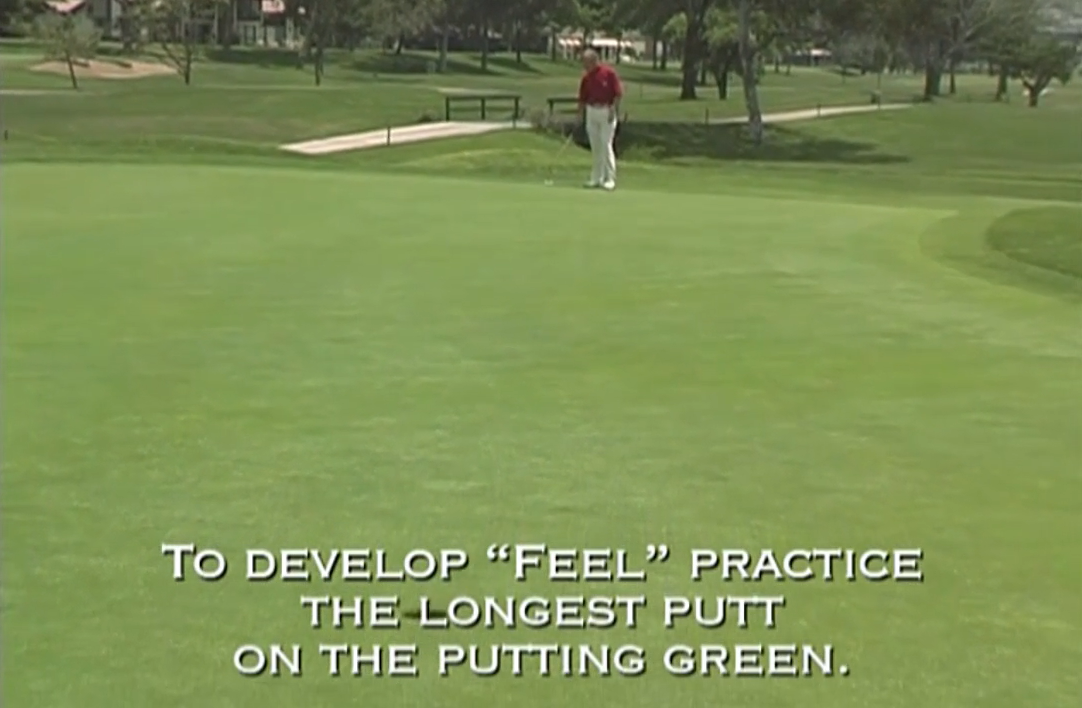 This video is Exclusively for Members.

Become a Member Now (or Login)

Developing Feel is crucial for Putting (not to mention your overall golf swing for that matter!)

As a young man, I walked onto the putting green at Wilshire CC in Los Angeles to practice my putting.  I immediately walked up to a hole and dropped a few balls around 5 feet from the cup and tried to ‘make them’.  Jerry Barber, the 1961 PGA Champion and the Head Pro at Wilshire, was standing on the green watching me.  Jerry was, without question, one of the greatest putters in PGA Tour history.

Mr. Barber walked over to me, and said, “Whoa – wait a minute, son.  Warming up that way in putting is exactly OPPOSITE of how you should do it”.  He explained that Rhythm and Feel are THE most important aspects of putting – next to envisioning the line of the putt.  He went on to explain that I should be practicing longer puts to gain the feel of a full rhythmic stroke, rather than practice a putt with a shorter stroke.

Ever since that day, I’ve always gone on to the practice putting green before a round and started out with the longest putt on the green.  No doubt, it’s paid dividends over all these years.

Fast forward to 1997, and I was on the practice putting green with my friend, Bruce Summerhays (who had a great career on the Senior Tour), before a round at the Kaanapali Senior Classic in Maui.  Bruce was using a fairly long putter and I asked him what were his thoughts with it.  He said, “Roger, Jerry Barber once gave me the best tip on putting I’ve ever received:  He said when I walked onto the putting green to warm up, to start with a real long putt and take full long strokes to establish rhythm and feel.”  I only chuckled 😉

Give it a try the next time you go to the putting green and I’m sure you’ll develop a much more fluid and rhythmic putting stroke.