View cart “Core Secrets to Longer Drives Digital Video” has been added to your cart.

TOUR TEMPO 2: THE SHORT GAME & BEYOND applies John Novosel’s revolutionary golf swing tempo theory to the so-called “scoring shots” — the putts, chips and pitches from 60 yards or less that make up the majority of strokes played in a round of golf.

The full swing is explored in several chapters that pick up where the first book left off, including a cutting edge revelation – about how you can combine Physics and Tour Tempo to achieve a consistently powerful golf swing that you might never have thought possible!

In addition, TOUR TEMPO 2 includes a download link to the new short-game tones and instructional videos that explain exactly how to incorporate them into your golf game. Simply by practicing to the short-game tones, the weekend golfer can master the correct rhythm in minutes.

“Since Eisenhower took to the links, there have been two important golf instruction books: Five Fundamentals, by Ben Hogan and Herbert Warren Wind, and Tour Tempo, with John Novosel playing the Hogan role and John Garrity as Herb. TT2 is clearer yet. It’s like a wonder drug.”
— Michael Bamberger, author of To the Linksland

There are no reviews yet.

Be the first to review “Tour Tempo 2” Cancel reply 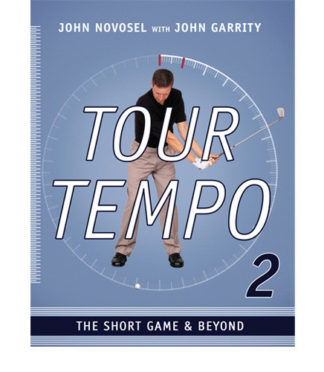