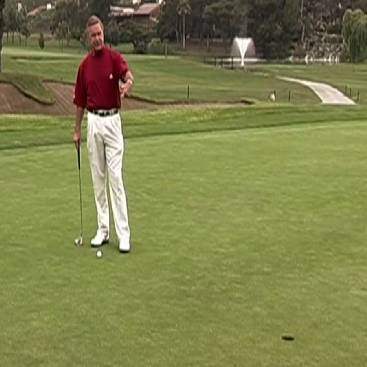 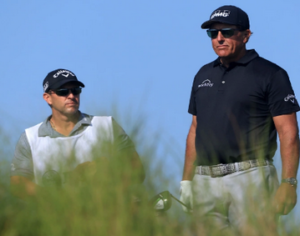 By now, you’ve probably seen Phil Mickelson ‘staring’ at his intended shot and putt as part of his pre shot routine..  He’s said that part of his improved play at 51 years of age is due to his conditioning – and MENTAL visualization techniques.   He now stands behind the ball for a considerable time until he ‘See’s’ the intended shot  he wants to hit.

AND, he’s obviously doing incredibly well – since he became the oldest man to ever win a major championship last year!  Phil says he’s doing more visualization work because as he’s gotten older, he tends to lose his concentration and focus faster, and this technique keeps his mind/body ‘In the Game’.

I’ve been blessed to have worked with over 75 PGA Tour Players including 7 Hall of Famers, and THE MAIN DIFFERENCE between them and everybody else is in their minds and their Creative Imaginations.

In today’s video, I’m giving you some stats and pointers on how to SEE the putt better and playing more in your mind – and not in your body!