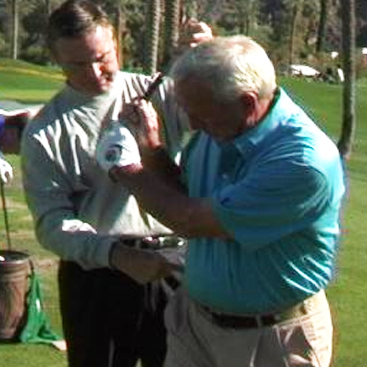 Because it’s the Arnold Palmer Bay Hill Classic this week, I thought I’d share a couple of the things that he worked on in his swing. 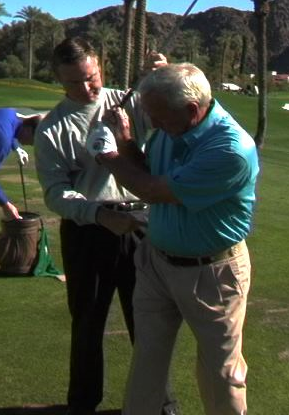 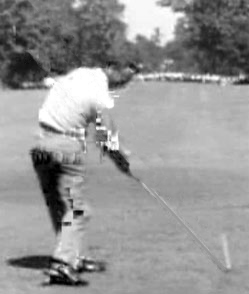 Although during the years that I worked with him we were primarily focused on his flexibility and anatomical function, we still would look at his golf swing from time to time, where we’d monitor how his flexibility was helping him turn back and through better.

The first time I explained the Physiological Fundamentals of the Golf Swing to him on my monitor, I was showing how the most crucial fundamental was Clearing the Hips and Shoulders through the shot, and where all great players got into the ‘Two Cheek Position.’ Right when I said this, he jumped out of the chair and exclaimed, “Rog, that’s what I can’t do anymore!” He then told me that “The Main Thing” he tried to do in his golf swing was ‘Get as Deep’ through the ball as he could. i.e. he tried to Turn his Hips and Shoulders as much as he could through the ball. Within a few minutes, I had him go through my Flexibility Tests at which point I explained how it was ‘his lack of flexibility’ that was inhibiting him from turning through the ball. 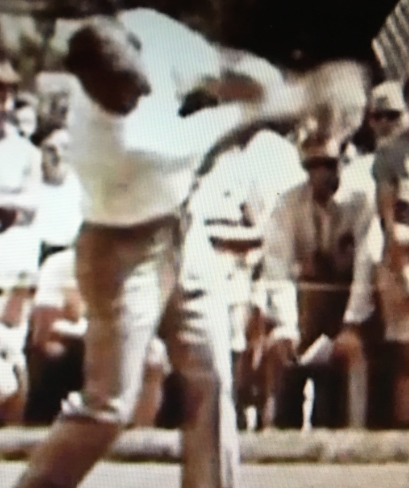 A few months later, and after he’d been working on his flexibility A LOT, we went out to the range at Bay Hill to hit some balls. There, he told me another thing. He said, “Rog, by getting my hips more flexible, I’ve noticed that it’s easier for me to extend my Right Arm longer through to the target.” I then said, “Have you always tried to do that?” He replied, “Yes, I always tried to ‘Touch the Target’ with my right arm and hand.” (Although the right arm and hand are actually extending around to the left, it feels that it’s going down the target line.) Again, it’s the centrifugal force created by the turning of the left hip and shoulder that’s ‘bringing’ the arms and club around.

The reality is that when you try to ‘Touch the Target’ with your Right Arm and Hand, you’ll automatically Clear your Hips and Shoulders through the ball easier.

The more I look back on the years I spent with Mr. Palmer, the more cherished these memories have become. But THE #1 THING that I’ll always remember about him, was how Great he treated people. Trust me, he was always besieged by people – yet he always took the time to make them feel important. And, he certainly did that for me!